My daughter, Genevieve was born 10 weeks early weighing less than 2 lb, and from early on she needed more care and support than most babies and children of her age. As she grew older it became clear that she had learning difficulties which would prevent her from living the life that most people do. In addition, she developed mental health problems in her mid teens which persist to this day.

I was widowed when she was nine and her brother was seven and left as the sole carer of both the children. As my son grew older he helped me with some caring responsibilities for his sister but a year ago he moved in with his girlfriend, leaving Genevieve, age 22, to live with just me.

I didn’t realise that I was a carer but Genevieve’s needs were on my mind 24/7 because I was the only person who was taking responsibility for her life and she needed support with almost every activity. My life was completely planned around hers: I couldn’t attend early appointments because I had to make sure that she got up on time, ate breakfast and got to college safely, and I needed to make sure that I was home when she returned in the early afternoon. I had almost stopped going out in the evening because I had to find someone to care for her since she was too anxious to be left alone. I only went out on very special occasions, with lots of notice, so that I could organise someone to look after her. At weekends I couldn’t do anything independently and had to plan a programme of activities for her to keep her occupied. Apart from this I knew I always had to be very close to my phone in case she had a problem and I needed to come to her assistance quickly.

Genevieve and I had talked for a number of years about the sort of living environment that would work for her, and for me, so we were both so pleased when we heard about Look Ahead’s learning disability service, Amy Garvey House, earlier this year. We were even more pleased, as well as relieved, when a place was available for her.

Our lives have changed dramatically for the better

Six weeks ago my daughter moved into the service and both our lives have changed dramatically for the better. Genevieve has her own flat with kitchen facilities and a bathroom and really enjoys the company of all the customers that live with her. It certainly beats living with your middle-aged mum! Staff make sure that everyone in the house is safe as well as teaching them life skills like cooking, washing, shopping and travel training and acting as job coaches to help them get volunteering opportunities and jobs.

Genevieve’s independence has increased dramatically since she moved out: she’s become very involved with planning and cooking meals and when her brother or I visit she likes to make us a cup of tea. She has a clear idea of her weekly timetable which includes basketball on Mondays, a communal meal at the house on Wednesdays and volunteering followed by food shopping on Thursdays.

Staff at Amy Garvey House are very caring and completely ‘get’ the customers. We particularly value the fact that support and care is tailored to each of the customer’s needs. It’s also very flexible; Genevieve can come home at weekends whenever she wants to which is great because it enables us to keep in close touch but without her being dependent on me for much of the time.

Since Genevieve moved into Amy Garvey House I have been able to go away and stay with a friend in Wales for five days; I can now look at work opportunities and spend time reading and gardening without constant interruption. Both of us can now look forward to a much less stressed and more fulfilling life than we had before.

Want to know more about what it's like to live in one of our learning disability services?

Supported housing – a moment for change? 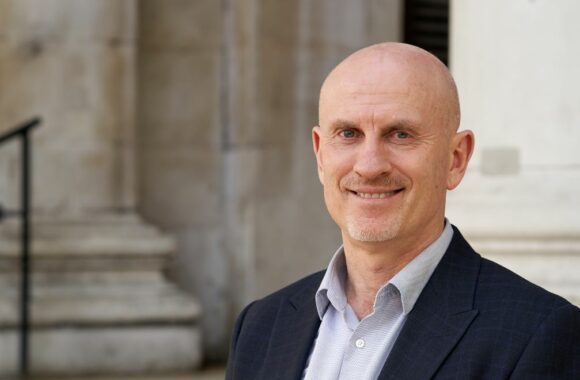 Welcome back: Learning Disabilities customer has a new Hertfordshire home after 13 years away

Look Ahead is working with NHS England and Hertfordshire County Council to develop a support service...